There was a Dr. Sketchy drawing session last night here in Helsinki. I was very eager to go there :) it's been a few years since I attended a sketchy session...

I attended my first Dr. Sketchy session in 2008 when the founder of Dr. Sketchy's "Molly Crabapple" arranged one of the first sketchy sessions in Finland (Helsinki Art Nights 2008/Kiasma). Molly told the audience that she founded Dr. Sketchy because she had beend a life drawing model in academic art schools. In respected art schools the model is often trieted rather cold. Artist draw the model when he/she is sitting for a pose but during the models breaks it happens very often that nobody dares to talk to the model. People probably think it's "polite" to not talk to the nude model, but to the model it comes across quite cold. The model is eventually just an object for the academic drawing session.

Molly wanted to have a change in this...she wanted the model to be the star of the session. So in Dr. sketchys drawings sessions the model is always cheered at and the whole drawing session is not supposed to be too serious. People can talk and have a drink while drawing and you don't have to be a professional artist to participate in the drawing. The main thing is to respect the model and have fun.

Below are a few of my drawings. They are not very good, since I was somewhat "tipsy" from sparkling wine ;)
The models were mainly ladies from the famous Itty-Bitty burlesque's group.

The first drawing was done in 2-3 minutes, for the second one I had somewhat 5 minutes. 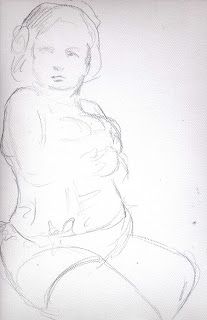 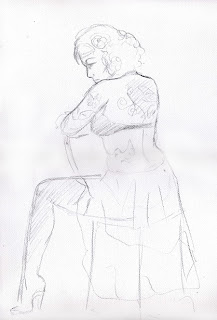 Here are a few photos from the evening taken by Ruska Schöneberg. See the Dr. Sketchy Facebook page for more photos and nice drawings.Models in these photos are Kitty Litter and Olivia Q. 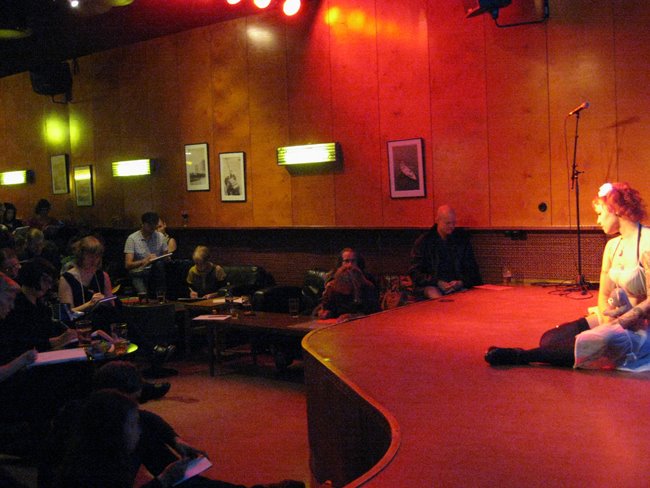 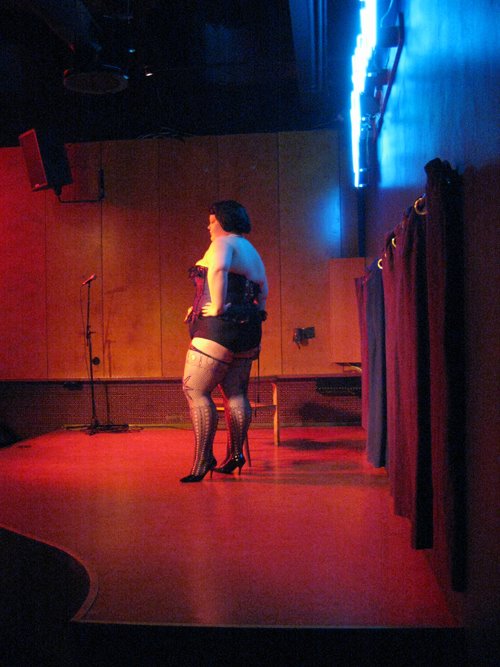 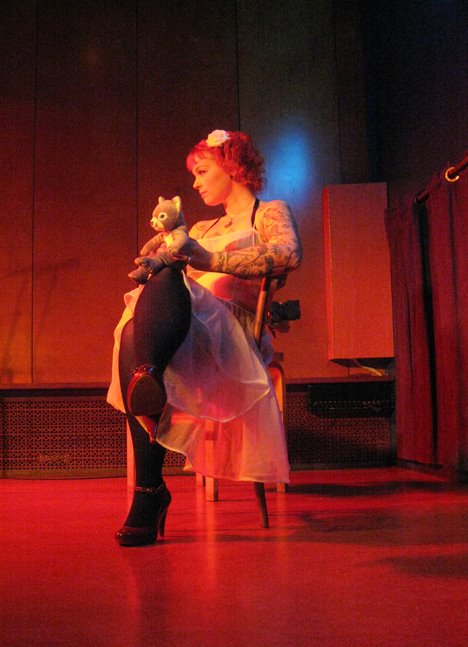 My favorit jewellery maker "Helmipöllö" has her own website now: http://www.123kotisivu.fi/helmipollo. Over the past few years I have bought several beautiful pieces of jewellery from her. You can contact her here to buy jewellery.

Below are a few of the items that I have bought for myself. There is a unique custom made brooch with my own artwork :) 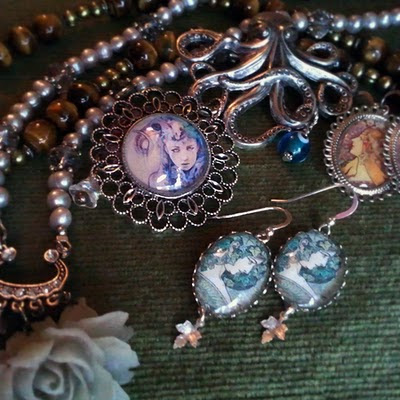